skip to main | skip to sidebar

I've been secretly building and testing out my wordpress blog and actually making posts over there but now my website has exceeded its bandwidth limit for the first time ever and it has closed for business until I can fix it. This blog is my only way to communicate to the interwebetry!

So, this is what is happening: 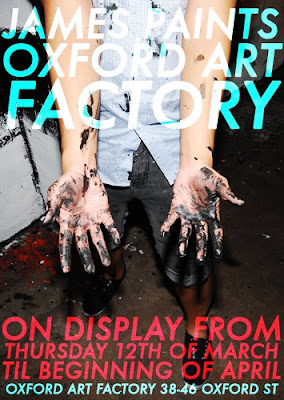 Thanks to Kim, Will, and Wayland who devoted HOURS UPON HOURS to help me paint the wall. Without their help I would be dead, or still painting, or both!! ?
Posted by james at 12:29 AM 2 comments: 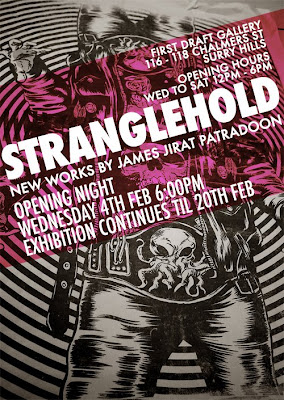 This series examines notions of deferred masculinities: confused and misdirected rites of passage informed more by cartoons and action heroes than reality itself. Drawn in a style influenced by the comics and cartoons of his youth, James' images of fist-fights and tough-guy bravado consider the idea of violence as the purest form of masculine statement and its integral place in the male mythos. 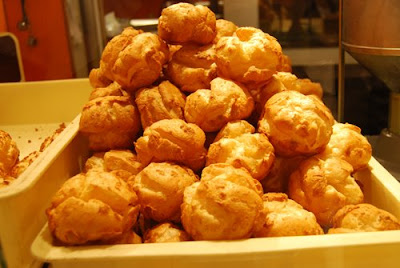 A while ago I posted about winning the First Draft Gallery poster competition - the grand prize being a free show at some point in 2009. The directors got back to me and the only slot available is at the beginning of February, which gives me little over a month to make new work for the show. Not exactly the time frame I had planned for my first solo show but beggars can't be choosers.

I've been spending the holidays trying to wrap up some illustration work and do some new drawings for the show at the same time. I don't even have an invitation sorted out yet, things have been so mega chaotic. I haven't managed to keep a train of thought for longer than a couple of seconds. I am pretty stressed out.

Tough times with the recession also meant I got laid off at work for a month, so the screenprinting studio access that I was relying on to make work for the show is pretty much ruled out, however I do at least have the days free to draw, so it is kind of a blessing in disguise. I am rivetted to know how I will pull this one off. You'll know when I know.

Also I've moved out of the hipster paradise that was Darlinghurst and after a lot of jerking around by real esate agents and landlords, finally found a nice little terrace to move into with some friends in Ultimo right across the road from the Powerhouse Museum and in a good proximity to Hurricanes at Darling Harbour. My new stomping ground will be Chinatown - I am excited to take night-time photo essays of torn up bill posters, crabs in fishtanks, and garbage on the street!

Here are some new years resolutions:
- Go to the beach more often
- Save enough money to move to Paris to live in 2010
- No more coffee
- No more partying on Oxford St
- Get all my suits tailored

I return to work in February, which, funnily enough, will be like a holiday compared to the past couple of months (and the fatal month coming up).

PS The photo of the delicious profiterole stack is meant to offset the blatant negativity of this post. I took the photo whilst waiting in line at the Beard Papa near Shibuya Station, I had about six in one go, they were del-eee-shis!! I have very fond memories of Tokyo!
Posted by james at 2:03 AM 2 comments:

What I Did In Error I Meant In Jest

I missed the Trailblazers show to draw this: 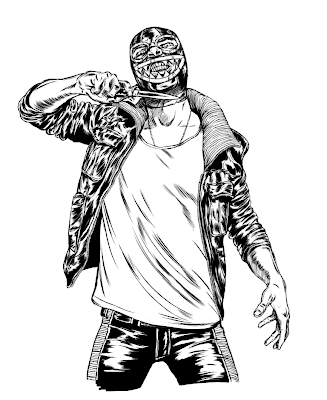 I spent a day on the body and a day on the head. I'm not sure if I'm happy with the head, you can only really appreciate it zoomed in so you can see all the cracks in the leather etc. I wanted to present these guys as real ritualistic psychos with their masks hidden away in boxes beneath their beds, bringing them out at night for their gang wars and assaults. The gang is called the Cold Cadavers.

I'm not sure about the mask.

In other news I bought these two books today. 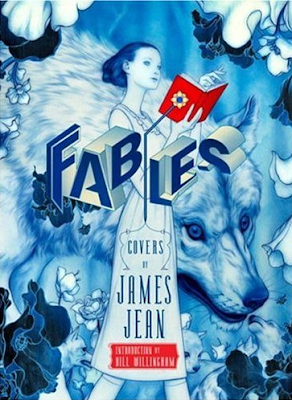 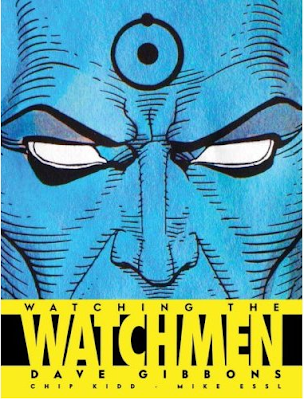 I don't consider myself a collector of many things because I've seen what it can do to people from working in a DVD store for two years. However, when it comes to books I am completely guilt free. I love my books. When I was travelling Japan I shipped over two parcels full of Japanese art books and carried some in my luggage as well. I did the same on my trip to New York. My grandkids are going to have the best fucking collection of books and if they ever sell them my ghost will haunt them till they get every book back.

One book still eludes me though... 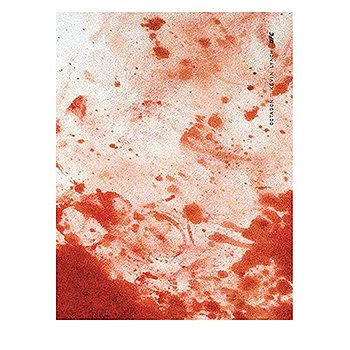 It is called The Octagon by the photographer Kevin Lynch. I saw it in a Barnes and Noble in Chelsea, it was the size of a table(around 20x26")and was $7500. It had around 800 portraits of UFC Fighters taken on a Hasselblad. Thank fuck they are finally releasing a smaller version at the end of this year.
Posted by james at 3:36 AM 5 comments:

A Fish Has No Word For The Sea

I've been going easy on myself and intentionally trying not to think about making art. It has helped a lot because most of the time I am in a panic mode over what I should be doing next or if I am doing too little etc etc. Most of the time I am stressed out.

A lot of my ideas are becoming clearer, making more sense. I've had a lot of recurring thoughts over the past couple of months not knowing how they relate to each other. I'm writing about them here because it is better than being on a post-it on my desk or another page of scribbles and ramblings in my journal.

When I finished Honours at the end of 2006, the thesis and the work was a culmination of a lot of the ideas I had up until that point. Since then a lot of things have happened to inspire my artm-making and feed my concepts. I would only ever notice how my ideas were developing whenever someone did an interview with me and the questions would be the same but the answers would change slightly over time. A lot of things are the same as before but the concerns over masculinity and violence aren't so much a focal point anymore, instead things have broadened and I am looking at personal identity and fantasy as a whole. Who defines us, what defines us etc.

I've been thinking about plots that occur in people's imaginations, about themselves or about other people - how things like party-photos, myspace, facebook, and 'the scene' drive that sort of thing. Who is interesting? Who isn't? What does this person actually 'do'? What do we think they do? Why do we assume that?

Also things like personal marketing, PR, getting seen, getting published, who's who is the zoo and all that shit. The creative climate. Who do we give a shit about and why? Buzz. The swindle. Sales. Fame.

A metaphor popped in my head the other day of the action figures I used to play with as a child. They were all from different things, Robin Hood, Spiderman, Lego, Transformers etc. yet they all co-existed and we re-appropriated into these stories I would create. In one play session Kevin Costner might team up with Optimus prime to take down Spiderman's castle. In another play session they might all be trapped in a sinking ship. The point being each had their own personal mythology, but the new context of my narratives some characters changed entirely and others stayed the same, depending on how they looked, my personal affinity towards them, or the condition of the figrue.

I was also reading a lot of crossover comics when I was a kid, and in them and I would be concerned about how a character could be completely different in another universe, and how this new universe changed them, they would act and behave differently, be scared. Something at their core may stay the same but the writer may make them weaker in comparison to a stronger hero they ar eteaming up with etc.

At the same time, I was reading the Spiderman clone saga, where there were four 'spidermen'. Eventually Peter Parker had to give up being Spiderman and rotate between four new heroes, one of which already existed that he was kind of doing shifts for. I don't even know how to get into how complex those story arcs got but I read them with nail-biting ferocity, I was deeply affected by this story arc. Everything I experience about my own personal identity or other people's I relate back to this.

I don't know how much sense this makes at the moment but I'm hoping to get some clarity in the coming months and incorporate these things more lucidly into my work, make these machine-men in leather jackets start making some sense instead of just being fashion statements.

When I was minding the end of year show at COFA a couple of ladies asked which works were mine, I pointed to the giant screenprints, they mask "Tsk tsk tsk" sounds and said "...looks like someone should have gotten over cartoons a long time ago." the other said "You ARE in big school now..."

I just smiled, and was kind of confused, and it was summer.
Posted by james at 11:46 PM 1 comment:

"Contemporary Art is in a growth stage in terms of the traditional art world taking hold of a new genre of artists, of whom many, coincidentally believe in the accessability of art. Consider a new generation of artists void of institutional art educations and mindsets, having being inspired by Pop Art’s revolution of the 80’s and the likes of Haring and others who went out of their way to see their work spread and available to anyone. This is what the new generation of artists hold as their strength above the traditional art world. The ability to sell their art on tee shirts, or vinyl figures, to promise value in a silkscreen or print, and be generally aware and educated of how to make their name and work, work for them."

via SLAMXHYPE
Posted by james at 2:47 PM No comments: 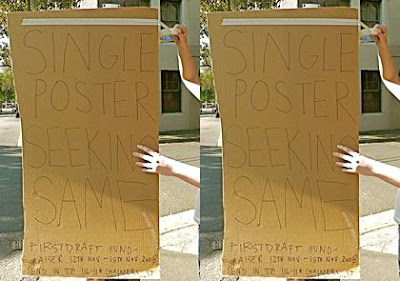 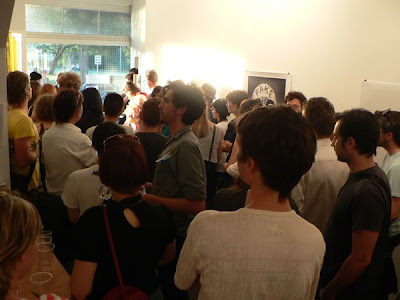 I won the First Draft Gallery poster competition fundraiser last night with a printer's proof of Ask Anyone And They'll Tell You. The first prize is a show at First Draft in 2009 which is great news because it solves my gallery scouting problem. 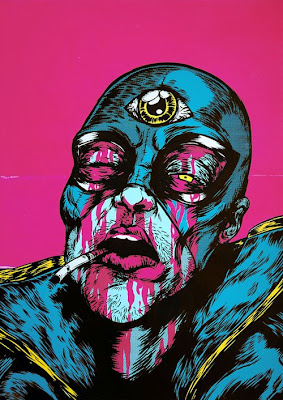 One of the judges, Del Kathryn Barton, snatched up the piece, with all proceeds going into the support of First Draft's future.

I don't know why I haven't posted these before, this is that helmet I was working on for the Extra Cheese show. I bought it with a pair of shoulder pads as well but the shoulder pads were really small and looked kind of pathetic so I didn't bother painting them. The joys of Ebay. 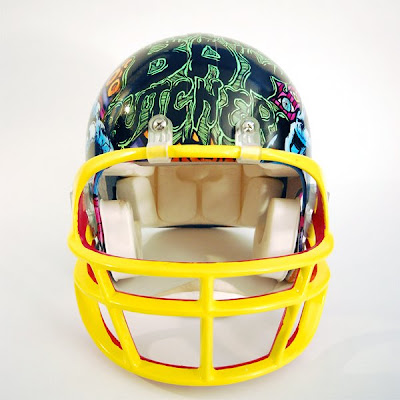 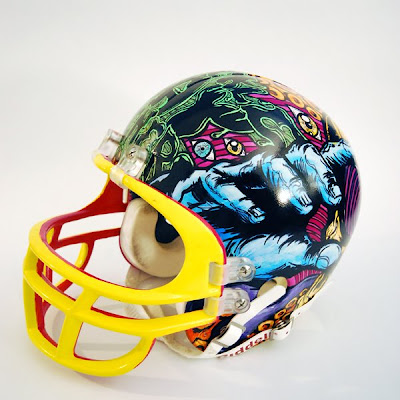 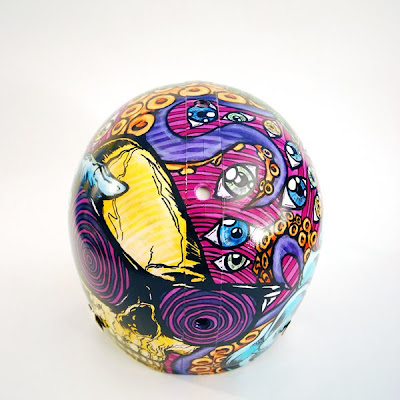 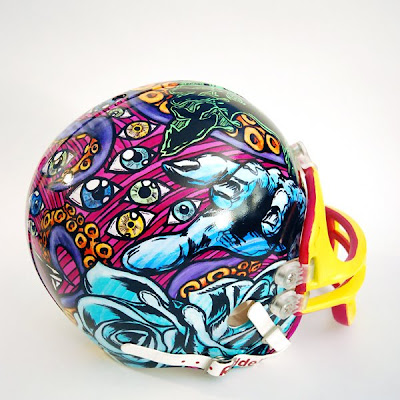 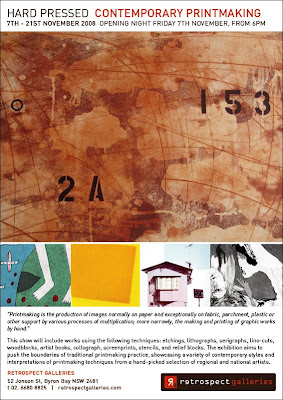 I am in this show with a bunch of Stupidkrap people and some oldschool printmakers as well. Can't really make it up to Byron to see it first hand but by the sounds of it it should be a really interesting show!
Posted by james at 1:02 PM No comments: